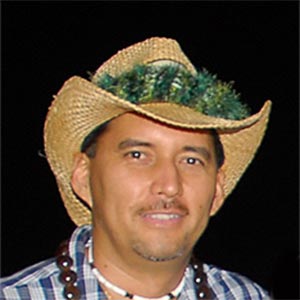 Paul Kim was born and raised in Kailua, on the island of Oahu where he began playing 'ukulele at the age of 9. Throughout the years, Paul concentrated on learning to sing in the falsetto style. In 1987, Paul became interested in the sounds of the steel guitar and he began taking lessons from Jerry Byrd, one of Hawai'i's foremost steel guitar musicians.

There were many in Hawai'i who had their own kind of steel guitar "stylings." These were sounds and tones that were prized family secrets. Paul, who is part of the new generation of The Sons of Hawai'i, enjoys his role with the group.

During the past 21 years, he has a full time career with the Hawai'i Air National Guard as an aircraft mechanic, where he currently works on F-15 fighters. Paul is the past president of the Hawaiian Steel Guitar Association (HSGA).

Paul will be accompanied by the Waimanalo Sunset Band: Keli'i Makua, Lanakila Makua, and Keao Kamalani.